Etihad Engineering and Israel Aerospace Industries (IAI) on Wednesday signed an agreement to establish a facility in Abu Dhabi that will convert Boeing 777-300ER passenger planes into cargo planes.

Etihad Engineering will capitalize on its expertise and extensive capabilities for the specialized conversion of the Boeing 777-300ERSF to meet the growing demand for large cargo aircraft.

In the initial phase of the partnership, Etihad Engineering will facilitate two conversion lines that can accommodate multiple aircraft conversions per year. The installation will be certified by the United Arab Emirates Civil Aviation Authority, the United States Federal Aviation Administration and the European Aviation Safety Agency.

Tony Douglas, Chairman and CEO of Etihad Aviation Group, said the Boeing 777-300ERSF is not only extremely attractive to customers, but also a technological breakthrough, as it is the first in its size class to offer complete freight solutions.

â€œNot only do we see the demand, but we see it as a greener, more cost effective and very innovative solution for our airline customers, and a great way to generate value for our business,â€ Douglas said in a statement to Khaleej weather.

The demand for cargo aircraft conversions is increasing with the increase in e-commerce and the decline in the value of used aircraft during the Covid-19 pandemic. Cargo operations make up for losses to airlines as they continue to play a vital role in facilitating international trade. Industry forecasts show an increase in demand for widebody cargo aircraft with long-haul capability.

Boaz Levy, president and CEO of Israel Aerospace Industries, said the Abraham accords gave IAI the opportunity to expand its global business to the Gulf region.

â€œIAI is active in more than 100 countries around the world. The establishment of the conversion site in partnership with Etihad Engineering demonstrates IAI’s close ties with the United Arab Emirates and strengthens its foothold in the region. I am confident that this agreement will lead to many more partnerships with local businesses in the Gulf States, which will further expand our business in the region, â€said Levy.

State-owned IAI is currently converting Boeing 737s, 747s and 767s for freight. It said it is currently developing a conversion method for the Boeing 777 and plans to complete the authorization process in 2023. It already operates freight conversion sites, including an existing line at its headquarters. at Ben Gurion International Airport near Tel Aviv.

â€œThe IAI is active in more than 100 countries around the world. Establishing the conversion site in partnership with Etihad Engineering demonstrates IAI’s close ties with the United Arab Emirates and strengthens its foothold in the region, â€he said.

“I am convinced that this agreement will lead to many other partnerships with local businesses in the Gulf States, which will further develop our activities in the region,” he added.

Abdul Khaliq Saeed, CEO of Etihad Engineering, said the partnership with IAI maximizes the potential of “our highly skilled workforce” and strengthens Etihad Engineering’s position as a center of excellence in Abu Dhabi in accordance with to Abu Dhabi’s economic vision for 2030.

Our commitment to the P2F program demonstrates our confidence in IAI’s ability to deliver long-term value enhancement of the B777-300ERs in the global fleet, â€he said.

Khaleej Times News Editor / Editor is a well-connected journalist and economic and financial commentator. He has worked in mainstream journalism since 1997, covering the economy and key sectors of the UAE. He holds a graduate degree in economics and has won numerous awards for authentic and insightful reporting on global and regional business and economic trends.

Next Israel Aerospace Industries to Establish New Conversion of B777-300ER 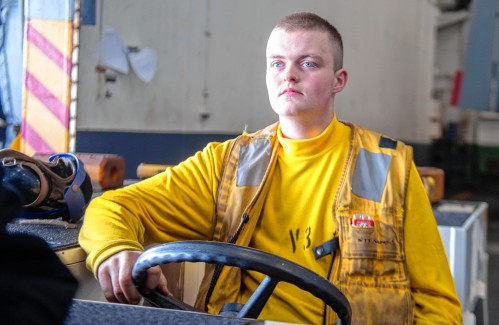