For decades, the Russian Navy has always wanted a large and powerful nuclear-powered aircraft carrier to deal with the mighty US Navy. Unfortunately, as one expert explains below, those efforts in the late 1980s failed:

As the Cold War entered its twilight years, the Soviet Union became increasingly interested in building a high seas navy, which could challenge United States naval dominance in the world and isolate the continent. Soviet naval incursions in case of war. As part of this, the Soviet naval authorities sought to develop a nuclear-powered super aircraft carrier, which would have greatly improved the Soviet Union’s ability to operate overseas. However, the construction of the Ulyanovsk eventually fell victim to the sharp reduction in resources granted to the Ru

A response to US carrier battle groups

Powered by four KN-3 nuclear reactors, the Ulyanovsk (or Project 1143.7 as it was officially designated) would have been the Soviet Union’s first nuclear-powered aircraft carrier. The development of the carrier began as an evolution of the previous Project 1153 Orel conception, which also never saw its completion. The Ulyanovsk was first laid in 1988 at the Black Sea Shipyard in Nikolayev (now known by its Ukrainian name Mykolaiv). Soviet naval leaders hoped that Ulyanovsk would serve as a response to the US Navy’s use of carrier groups as one of its primary instruments of military power on the world ocean.

Despite its intended status as an important part of a forward-looking Soviet Navy, the significant collapse in resources and funding available to support the construction of the Ulyanovsk caused by the breakup of the Soviet Union in 1991 resulted in the ship being sold for scrap in 1992. When the project was cancelled, the Ulyanovsk was approximately 20-40% complete and was expected to be completed later in the decade.

The Ulyanovsk would have been a huge ship

If it had been completed, the first Ulyanovsk-class carrier would have been a massive ship with a displacement of 85,000 tons. It would have carried nearly 70 aircraft, including a mix of Su-33 (the carrier-based version of the Su-27) and MiG-29K fighters, Yak-44 airborne early warning aircraft (whose development was also canceled after the Cold War), as well as various Ka-27 variants designed for anti-submarine warfare and air-sea rescue. In addition to this aircraft contingent, the Ulyanovsk was intended to have 12 P-700 Granit anti-ship missile systems, as well as a variety of air defense systems, anti-aircraft guns and close range weapons.

The Ulyanovskthe hypothetical place of in the Soviet Navy

If it had become operational and the Soviet Union had remained intact, the Ulyanovsk would likely have served alongside several other Soviet-designed aircraft carriers. Today, the only remaining Soviet aircraft carrier in the Russian Navy (and its only aircraft carrier) is the Admiral Kuznetsov, whose frequent breakdowns and unreliable and deficient non-nuclear power plant have practically made it more of a liability than an asset. The Ulyanovsk aimed to go beyond Admiral Kuztensov class by going on par with the American Nimitz-class supercarriers with the catapult capability to launch attack aircraft that would have struggled with the Admiral Kuznetsovski jumping. In addition to Admiral Kuznetsovwhich was built and completed in the years prior to when the Ulyanovsk was ordered, Ulyanovsk would have served alongside the Soviet Navy’s five kyiv-class “heavy aircraft cruisers” – the Kyiv, Minsk, Novorossiyskand the Admiral Gorshkov.

Despite its promising planned capabilities, the Ulyanovsk could not escape the effects of the collapse of the Soviet Union on Russian shipbuilding and arms manufacturing. Given Russia’s continued ground invasion of Ukraine, it is likely that most of the resources and funds available to the Russian military will be spent on replenishing stockpiles of equipment and weapons during and after the war, rather than investing in a super aircraft carrier like the Ulyanovsk.

Wesley Culp is a researcher at the Center for the Study of the Presidency and Congress. He writes regularly on Russian and Eurasian leadership and national security topics and has been published in The Hill as well as the Diplomatic Courier. It can be found on Twitter @WesleyJCulp.

Next 2022 is Booming Worldwide by Segments, Share, Size, Growth and Forecast to 2026 – Indian Defense News 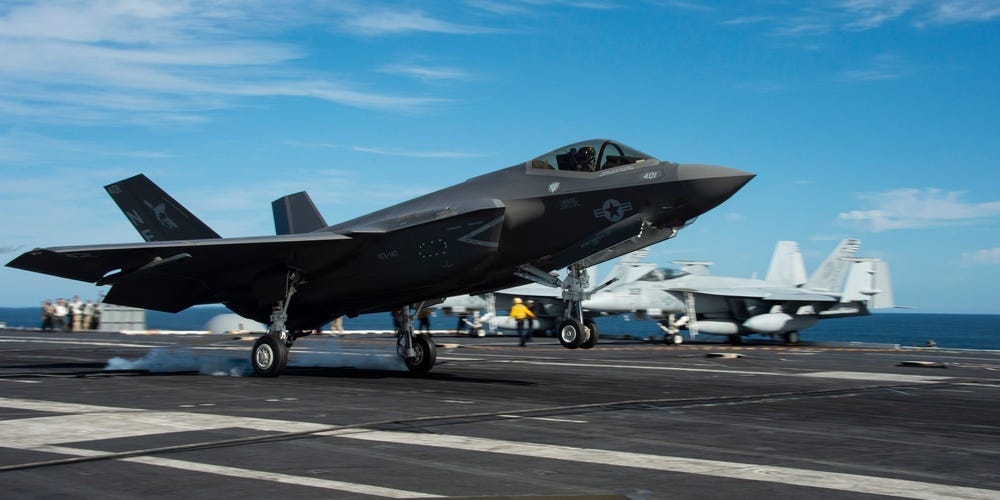