On April 18, 1942, the US Air Force attacked Japan for the first time during World War II. Sixteen B-25 Mitchell bombers launched surprise airstrikes on military and industrial targets in Tokyo and several other cities. The so-called “Doolittle Raid” (named after Lt. Col. James Doolittle who led it) was in retaliation for the treacherous Japanese attack on the US Pacific Fleet naval base at Pearl Harbor on December 7, 2018. ‘last year.

Following the early detection by Imperial Japanese Navy patrol ships of the US aircraft carrier group covertly moving to the shores of Japan, the bombers had to be dispatched much earlier than expected. The planes were loaded with extra reserves of gasoline which, however, may not yet have been sufficient – the bombers were not to return to their aircraft carrier, the USS Hornet, which had already left the dangerous waters, but to distant airfields in Allied China.

Not all of Doolittle’s planes attempted to regain territory controlled by Chiang Kai-shek’s forces. The crew commanded by Captain Edward J. York, realizing that the remaining fuel was not enough to get them to China, decided to land on the territory of another ally of the United States – the Union Soviet. The only problem was that the American pilots had been prohibited from doing so under the strictest terms.

At that time, the USSR and the United States enjoyed allied relations, but these extended exclusively to the war against Nazi Germany in Europe. Having signed a neutrality pact with Tokyo on April 13, 1941, Moscow stayed clear of the armed conflict in the Pacific and was obliged to immediately intern all troops of states fighting in the region and which, for whatever reason, found themselves in its territory.

After skirting the Soviet coast and bypassing Vladivostok, York’s B-25 veered into Soviet airspace in the Cape Sysoyev region, where it was detected by the air defense forces of the Soviet Pacific Fleet. However, they did not sound the alarm, mistaking the American plane for a Soviet Yak-4 bomber returning to base. 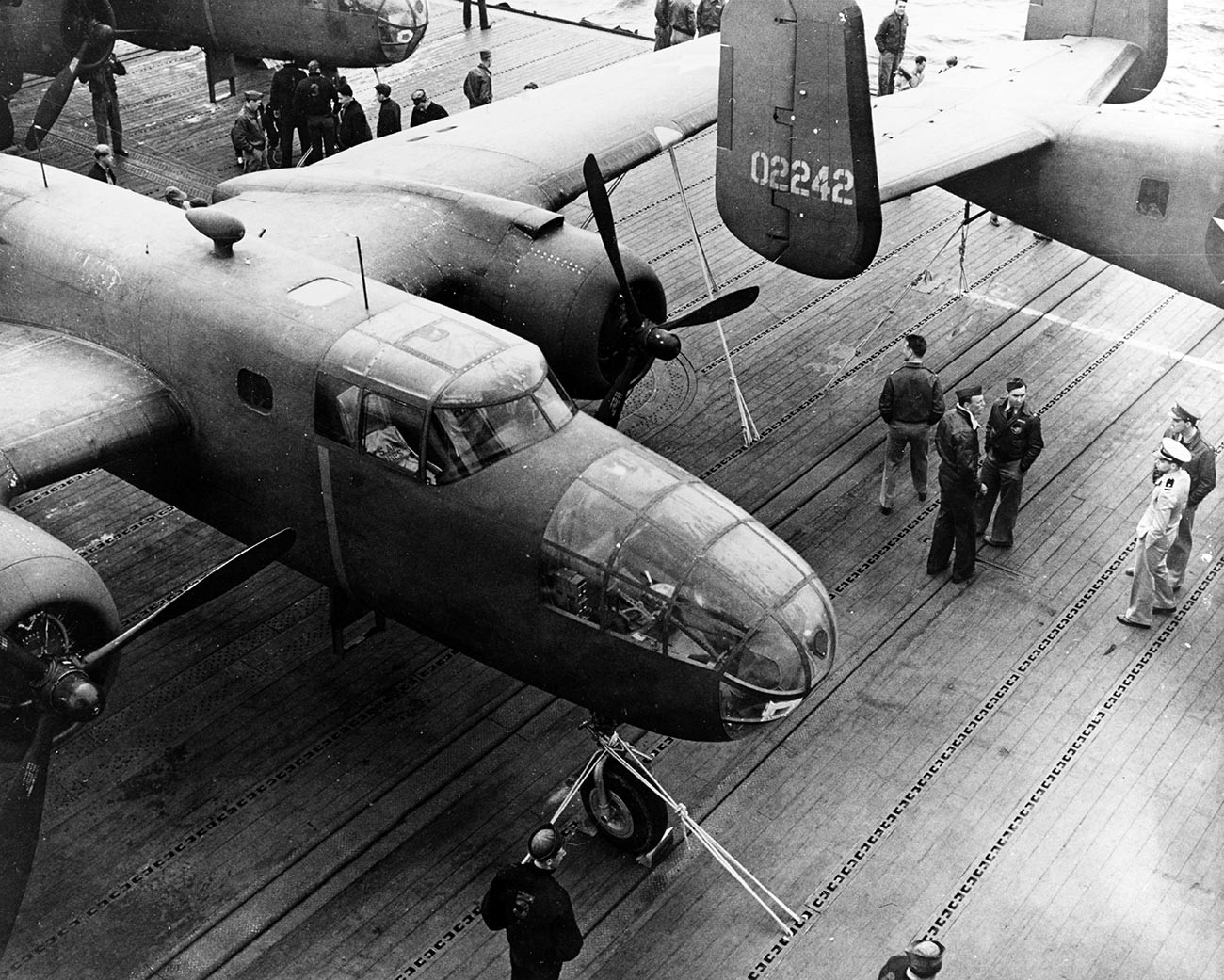 It was not until half past five in the afternoon, after the appearance of the American fighter plane over the military airfield of Unashi, a few tens of kilometers from the port of Nakhodka, that two I-15 fighters rushed to intercept it, ready to attack. However, they did not prevent the bomber, whose fuel tanks were empty at this point, from landing.

The Soviet servicemen were extremely surprised to see the five Americans (two pilots, a navigator, a flight engineer and a gunner), but they nevertheless gave them a warm welcome, lodged them for the night and fed them. Soon Colonel Gubanov, Deputy Commander of the Air Force of the Pacific Fleet, arrived at the airfield with an interpreter.

Initially, the Americans said they came from Alaska. Gubanov, however, was well informed of the Tokyo bombing and the pilots had to admit that they had been part of the raid. “I asked him if he fixed us with gasoline and, if he did, we would take off early the next morning and head to China. He agreed, “York recalled in 1943. 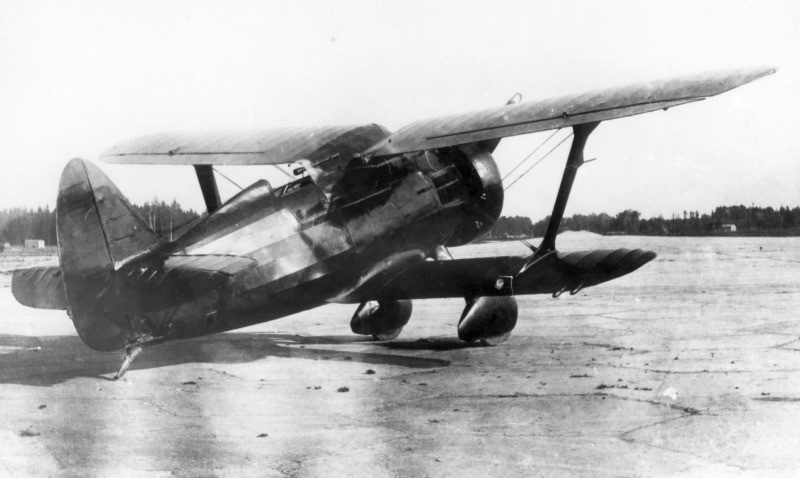 It was not that simple, however. The USSR could not let the pilots who had bombed Tokyo leave without provoking a fierce response from Japan, whose position in the Far East was then stronger than ever. On the other hand, Moscow did not want to quarrel with a new ally who had just started supplying arms and raw materials to the Soviet Union under the loan-lease program.

Eventually, the B-25 was seized and its interned crew and William Standley, the US Ambassador to the USSR, received a formal protest. At the same time, Moscow has unofficially assured Washington that it will try to find a way out of the situation that works for everyone and that in the meantime the US military will be treated well and detained in comfortable conditions.

In half of the country

The crew were sent to Khabarovsk, where they met General Iosif Apanasenko, the commander of the Far Eastern Front, who told them they were interned. It was after this encounter that the Americans’ odyssey began – they were taken by train, plane and ferry across all of Siberia to the Urals and Volga region and left for many weeks to live in different towns and small villages. The United States Embassy has received regular updates on the plight of internees. 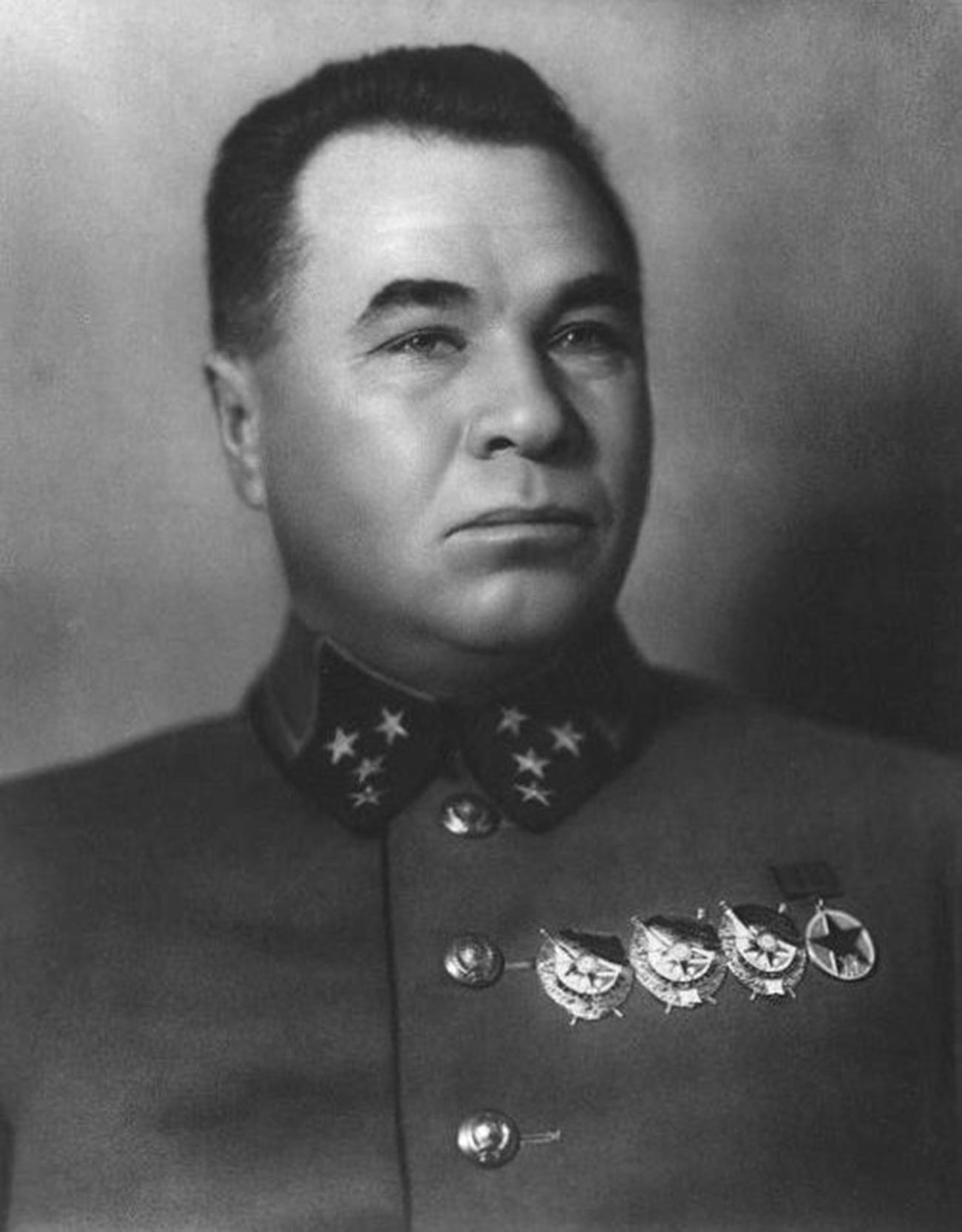 For eight whole months, the American pilots remained in the small town of Okhansk by the Kama River with absolutely nothing to occupy them. “About four months after we arrived there, the last of our guards was taken away and we were living alone in a house. We were free to tour the city. By then, we had learned the language enough that if we were stopped and asked for papers, we could tell them who we were. Of course, they knew. Most people in town knew that, ”York recalled.

The crew were allowed to meet with US diplomats on several occasions. In September 1942, they managed to meet with General Omar Bradley, who was then in the USSR and supervised the ALSIB (Alaska-Siberia) airlift, along which arrived in the USSR military planes from the United States.

Upon learning that the pilots were considering an escape, Bradley strongly advised them to drop the idea and not violate the terms of their internment. Eventually the escape would take place, only it would be organized not by the Americans, but by the Soviet special services. 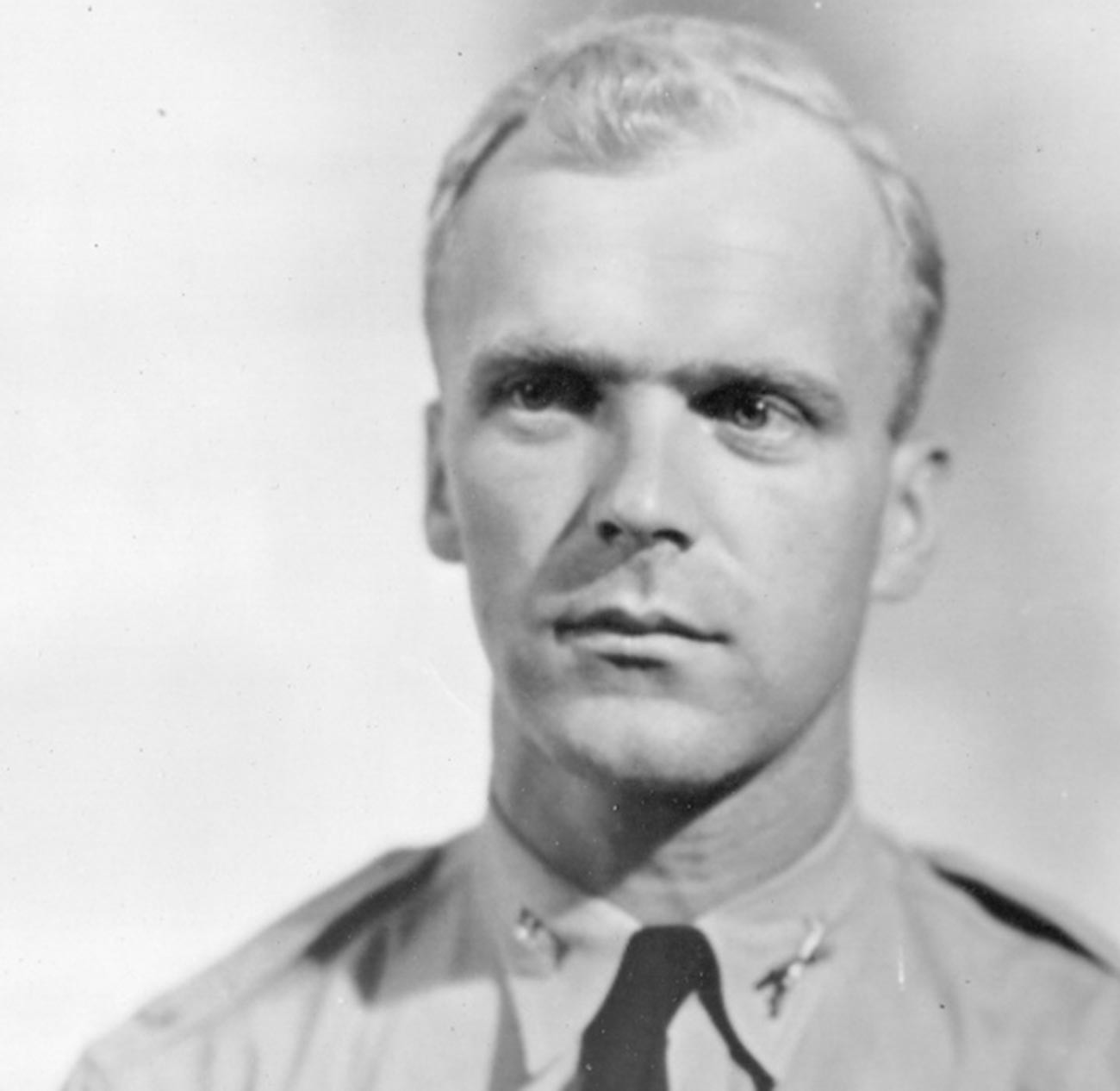 The situation with the interned B-25 crew began to change in early 1943. Captain York’s wife petitioned President Roosevelt for the release of the crew and he made a personal request to Stalin. The Soviet leaders themselves began to be less sensitive to the problem, mainly because they felt that a tipping point had been reached in the war after the German defeat at Stalingrad and the Japanese defeat at the Battle of Guadalcanal. .

However, it remained impossible to simply release the airmen like this and the NKVD was tasked with organizing a flight for them across the Soviet-Iranian border. The Americans themselves had to be made to believe that they were acting on their own initiative.

In March 1943, the crew was sent to the south of the USSR, where they were supposed to work at an airfield in Ashkhabad. On the train to the capital of the Turkmen Soviet Socialist Republic, Major Vladimir Boyarsky of the NKVD, posing as Major Alexander Yakimenko of the Red Army, managed to befriend the airmen and then maintained the contact with them after they have reached their destination. He quickly convinces Americans that he sympathizes with their predicament and that he sincerely wishes to help them return home. 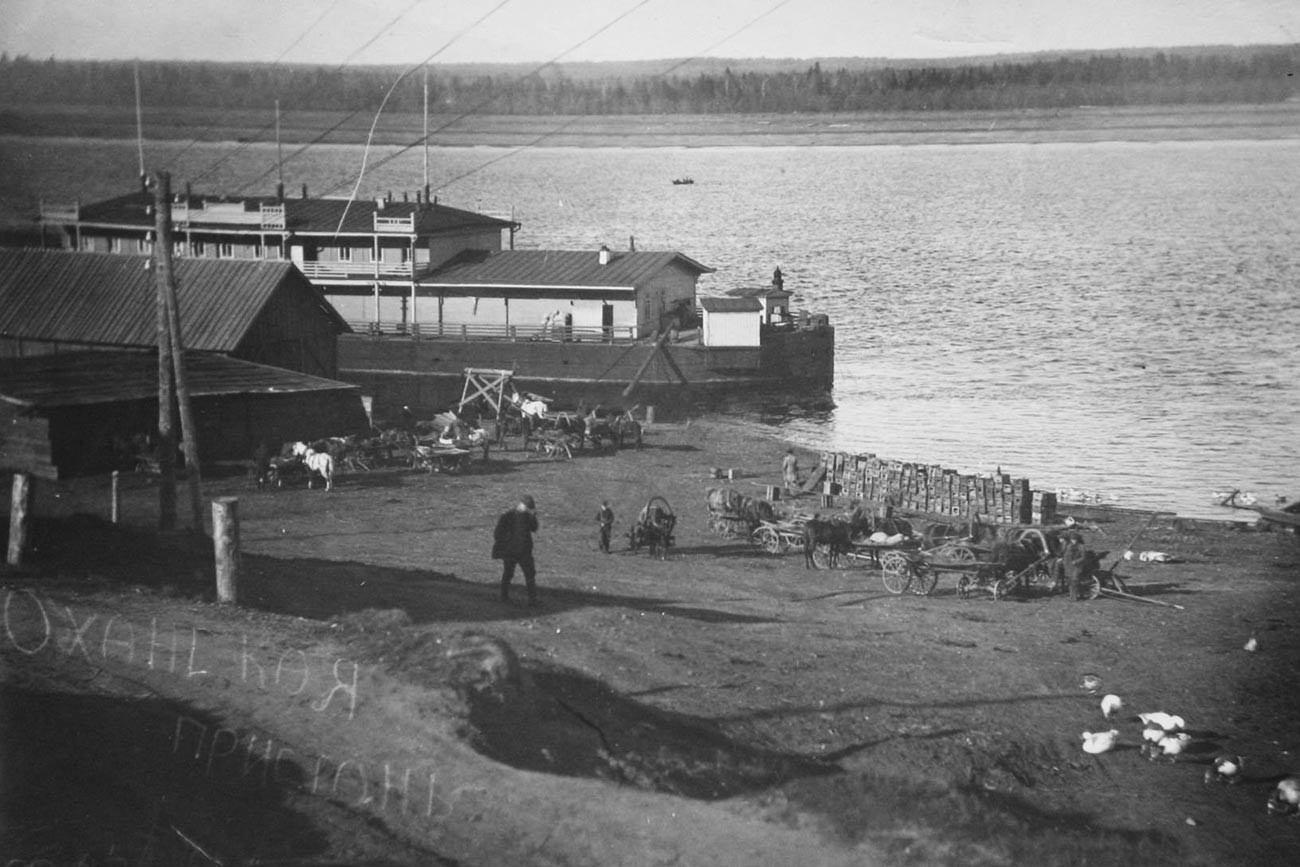 “From my earliest days in Turkmenistan, I was planning with the border guards how the Americans were to cross the border,” Boyarsky said. recalled. “The main thing was that they believed that they had planned their escape from the USSR themselves. To this end, about 20 km southeast of Ashkhabad, near Iran, we have set up a fake no man’s land that is supposed to mark the Soviet-Iranian border.

Boyarsky introduced the Americans to another man from the NKVD, playing the role of a smuggler. For 250 dollars, he had to take them by truck to the “border”, which they had to cross illegally on their own, then he had to pick them up on the other side.

“You should have seen the Americans, in the moonlight, looking around and kneeling down to crawl under the barbed wire barriers put in place by the Russians as they fled to freedom. In an appropriate location, we ingeniously staged the authentic-looking scenario of a group of intruders crossing the border illegally, ”Boyarsky explains. recalled the night of May 10 to 11 when the men fled. 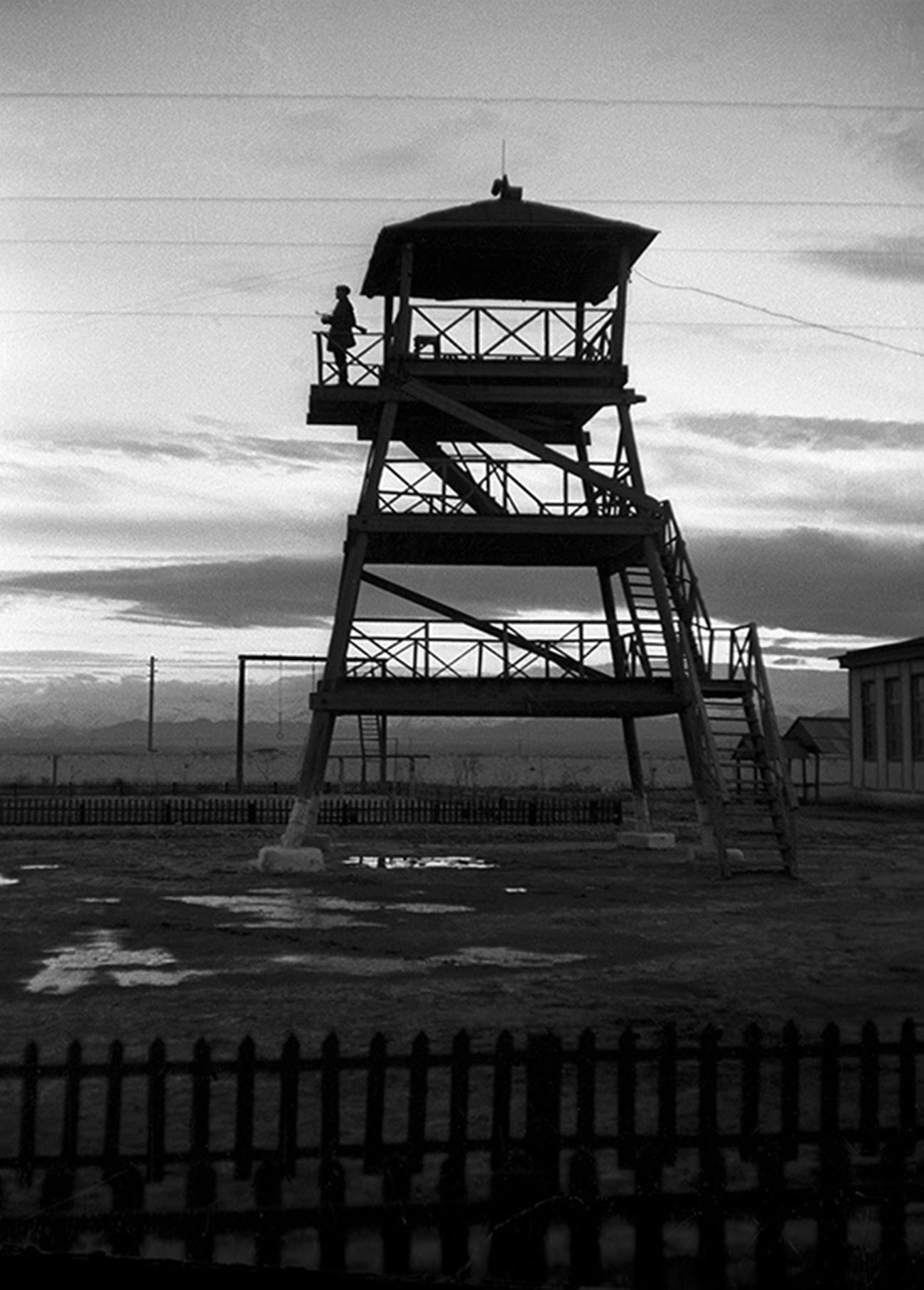 Picking up the Americans on the “Iranian” side, the “smuggler” led them through what were now the real border posts without any problem, which was easily done: following their joint invasion of pro-German Iran in the United States. sides of Great Britain in August 1941, Soviet troops were present in the north of the country and hardly any checks were carried out at the border. Upon arriving in the town of Mashhad, the unsuspecting crew members approached the British Consulate and were already in Washington on May 24.

Years after the end of his 13-month odyssey through the USSR, Gunner David W. Pohl expressed suspicion that their entire escape had been organized by the Soviet General Staff and the NKVD. Co-pilot Robert G. Emmens at variance, however: “Our escape was too real. It cost us every penny we had … [Yakimenko] kissed us all when we left him… He had tears in his eyes.

If you use all or part of the content from Russia Beyond, always provide an active hyperlink to the original content.