Engineers at the University of West Virginia are advancing exploration by creating control software for a group of aerial robots (aerobots) that will monitor the atmosphere of Venus, the second planet from the sun.

According to the researchers, Venus went through a process of climate change that transformed her from an Earth-like environment to an inhospitable world. Studying Venus can help model the evolution of the Earth’s climate and serve as a benchmark for what may happen in the future.

Guilherme Pereira and Yu Gu, associate professors in the Department of Mechanical and Aerospace Engineering responsible for developing software for aerobots, which are robotic vehicles based on balloons, hope to play a central role in these discoveries. Their study is supported by a program established by NASA of $ 100,000 to stimulate competitive research.

“The main objective of the project is to provide a software solution that will allow hybrid aerobots to explore the atmosphere of Venus,” said Pereira. “Although hybrid vehicles have been proposed before this project, we do not know if any software has been created.”

One aerobot concept is the manoeuvrable Venus Atmosphere platform, which is a hybrid airship that uses both buoyancy and aerodynamic lift to control its altitude. The advantage of a hybrid aerobot is its ability, during the day, to behave like an airplane, collecting and using the sun’s energy to drive its engines, and, during the night, to float like a balloon to save energy.

The vehicle’s buoyancy would prevent it from dropping below 50 km – or 31 miles, below the surface of Venus where the temperature is very high and damaging the vehicle, according to Pereira.

“One of the ideas of our project is to extend the battery life of the vehicle by planning energy efficient trips, thus allowing it to fly at night as well,” said Pereira.

The lifespan of the aerobot at cruising altitude is several months to a year.

Pereira and Gu have stated that their software will have three main purposes. The first is to create a motion planner for the vehicles, so that they can be commanded to move from their current position to a target position specified by the NASA science team using minimal energy and harnessing the winds of the planet. The motion planner is software that will run on the aerobot’s computer.

“The motion planner will be created by understanding the dynamics of the aerobot, the properties of its solar panels and batteries, and the properties of the atmosphere of Venus,” Pereira said. “With vehicle dynamics, the planner will only consider movements that are achievable given certain aircraft inputs, such as thrust from the propellers or deflections from the control surfaces.”

Pereira said it’s important to understand solar panels and batteries to take into account the charge the vehicle has to power its systems and its recharge rate based on solar intensity.

“Understanding the atmosphere provides robots with quantities such as wind direction and magnitude, pressure, temperature and solar intensity,” Pereira said.

With these models, the motion planner will calculate the best route for the aerobot.

“We are trying to come up with an optimal energy strategy,” said Pereira. “This is important because the vehicle will be in orbit around Venus’ atmosphere in about four days. It will be exposed to long periods without light on the dark side of the planet and it must have enough energy to survive these. periods.

“Starting from the initial position, the planner will simulate different movements that the aerobot could perform and associate costs for each of them based on the quantities mentioned previously,” Pereira said.

For example, if the wind is blowing in the same direction as the aerobot’s movement, it would cost less than moving against the wind.

“After that, the motion planner will continue to propagate the aerobot’s movements inexpensively, creating a tree of possibilities until we reach our destination,” Pereira said.

The second objective of this project is to locate aerobot vehicles in the atmosphere using information from other vehicles and maps of the planet. There is currently no GPS in Venus, so locating is difficult.

This localization approach will allow several robots to be less lost in groups when exploring Venus.

Gu and Pereira plan to use different types of maps for location.

“We are evaluating the possibility of using maps created before the mission, most likely a topographic map of Venus to help the robots locate themselves,” Gu said.

The third objective of this project is to coordinate the vehicles so that they have a better localization and a better estimation of the atmospheric conditions.

The spatial distribution of aerobots in the atmosphere can allow each aerobot to have a better understanding of the 3D wind field if each vehicle shares the wind flow in its vicinity, according to Pereira.

Pereira and Gu’s research will be based on Venus wind models created by NASA. The researchers also propose that aerobots be equipped with wind sensors that can be used to estimate local wind.

“The importance of the wind flow is related to the fact that it can be harnessed to bring the aerobot to the desired locations,” said Pereira. “Just like the sprinters at the Olympics when they get better marks if they have a tailwind. If the wind is directed towards the goal of the aircraft, the movement of the aerobot will be assisted by the wind and, therefore, the trajectory will be more energy efficient.

To test this, Pereira and Gu plan to develop a Venus atmosphere simulator, where they will test the functionality of the aerobots.

“Several exploratory missions to Venus have collected data on the wind, temperature, pressure and density of the air,” Pereira said. “This information was then used to create a simulator where, given the latitude, longitude and altitude of the vehicle, we calculate all the forces acting on the vehicle.” 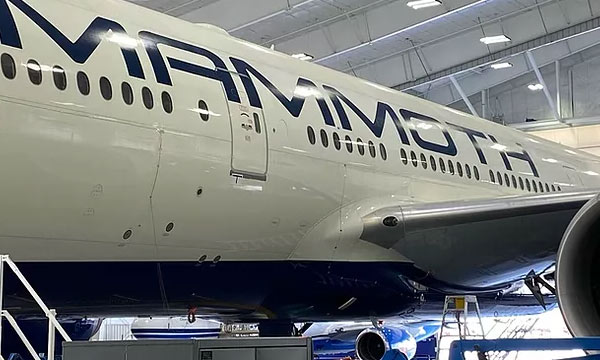